Home Solar Blog Should I Get Home Energy Storage/Battery Backup for My Solar Electricity? 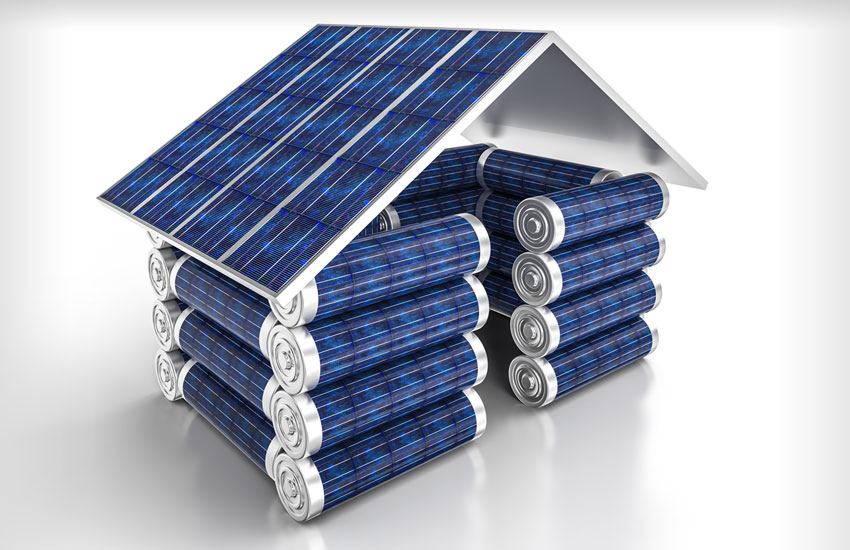 Energy storage in the form of rechargeable batteries is crucial to the transition away from carbon-based fuels and to clean renewable energy. As clean-energy skeptics are fond of pointing out, the sun doesn’t shine at night and the wind doesn’t always blow.

In response to this challenge, several companies have been developing large rechargeable batteries, also known as “Battery Energy Storage Systems” (or “BESS” for short), controlled by computer with intelligent software to handle charging and discharging cycles. These are scaled for both utilities and homes.

Most prominent among the companies making BESS is Tesla (formerly Tesla Motors). Tesla has based its domestic and utility storage technology on the lithium-ion cells it installs in its electric vehicles.

But more and more firms are jumping onto the energy storage bandwagon, and according to the US Energy Information Agency (EIA), 90% of them are using lithium-ion technology. These firms include auto companies like Nissan, which are building out from their production of electric vehicles following Tesla’s path, and many specialized firms.

At the end of 2018, the most recent year for which the EIA has figures, 869 megawatts (MW) of power capacity, representing 1,236 megawatt-hours (MWh) of energy capacity, of large-scale battery storage was in operation in the US.

All such systems serve instead of electricity from gas-fired power stations to maintain peak load and stabilize the grid when a utility’s generators, whether conventional or solar or wind powered, are offline or operating at reduced levels.

But what about storage batteries for your home? Tesla offers a domestic-scale solution, the Powerwall 2, designed to work with home solar systems. Each unit has a capacity of 13.5 kWh, but installers recommend two units to provide sufficient backup for the typical home in the event of an outage lasting several hours.

Other firms offering similar solutions are the electronics giants LG and Panasonic and smaller companies like Pika Energy. Most of these firms also supply solar panels and inverters.

How much energy there is to be stored, of course, depends on the size of your home solar system and whether your home is on the grid. If your home is off-grid, you may choose to install a BESS in place of a gasoline-powered generator to provide power at night.

Assuming you’re on the grid, though, and you buy the most power from an electric utility during the night, are home energy storage systems worth it?

In that case, the most important issue to look at is power outages and the cost of battery backups. Texas has slightly higher rates of outages than the nation as a whole, but the duration of outages varies very widely year to year. It also varies widely between utilities.

Statistics on the total average total duration of electric service interruptions per year in Texas are hard to come by, but over the last five years that number has risen slightly, mainly because of major storm events like Hurricane Irma. The EIA expects this trend to continue.

Consider, though, that those outages are out of a total of 8,760 hours per year that a home could be using some level of electric power. Also, there are engineering limits that make it impractical to run a whole house on battery power alone.

First, the energy capacity of typical lithium-ion battery systems isn’t enough to power an entire house through a nighttime blackout. Second, battery backup inverters are not powerful enough to start and run many large appliances.

Multiple batteries and inverters can address these energy and power limitations. But the cost of 20+ kW of inverters and 40+ KWH of batteries is prohibitive for the typical homeowner.

For example, the typical installation cost of two battery units at $6,700 each, which most company says would be adequate backup for a typical home, is around $15,000. It may not make financial sense to spend $15,000 to offset up to average interruption of 4-5 hours yearly.

Also, unlike solar panels, BESS units like Powerwall deteriorate over time because of “battery memory”—the same thing that happens to the rechargeable batteries in your cell phone.

Whereas solar panels typically carry a 25-year warranty, most BESS offer only ten years, and may need to be changed sooner, depending on usage.

For these reasons, Universal Solar System does not currently recommend purchasing a home energy storage system for its household customers on the grid. We do, though, recommend that if possible, you pick a provider with lower average rates of outage. You can find Texas utility outage ratings here.